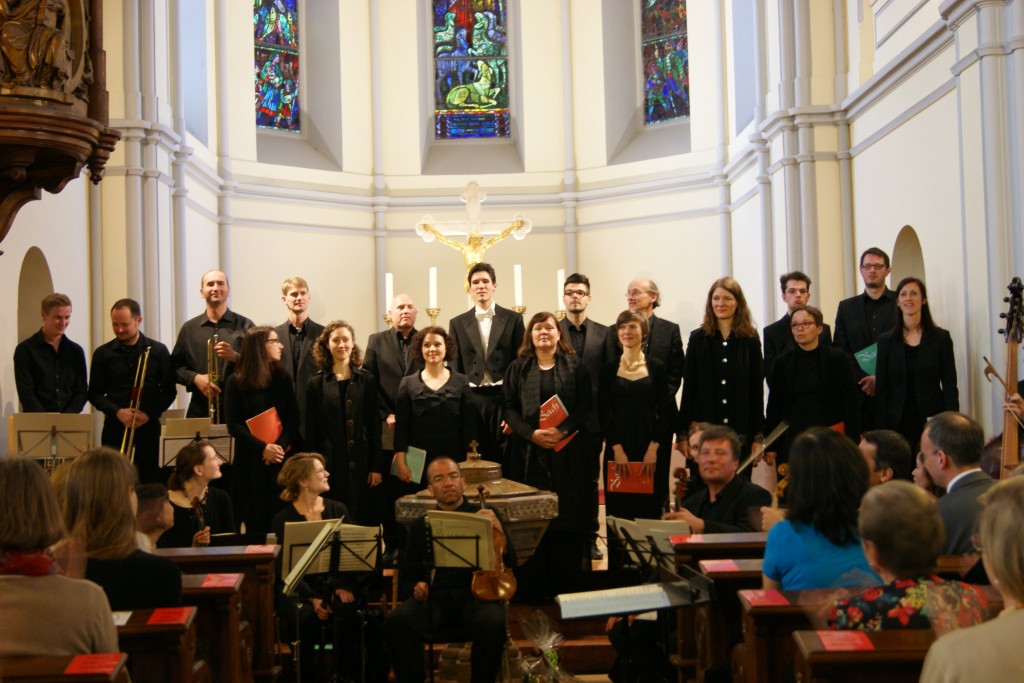 Heidemarie Klabacher, reporting for drehpunktkultur.at, has written a nice review and critic about the first performance of BachVerkVocal on April 26th 2015. Here are some quotes (translated from the German original):

27/04/15 Interestedly and very curiously one entered the protestant Christuskirche on Sunday (26.4.) – and with inspired happiness left it a little shy of one and a half hours later. A cyclical performance of the whole Bach vocal works over the course of the next years? This more than ambitious endeavour of the new diocesan cantor Gordon Safari started off convincingly.
[…]
Under the precise direction of Gordon Safari and on the basis of the musically flexible Continuo of the Ensemble B@roqueB@nd, the vocalists could display their respective parts and solo arias virtuosically and at the same time, as homogeneous as a choral piece requires, merge smoothly with each other.
[…]
A promising start for this ambitious project. At the end, the choir, the ensemble and the conductor enchanted the crowd even a little more by swingingly and floatingly playing “Jesus bleibet meine Freude” from BWV 147 – and got everybody hooked with the invitation to sing the closing chorales together with the ensemble next time.

You can read the original article here (German)!